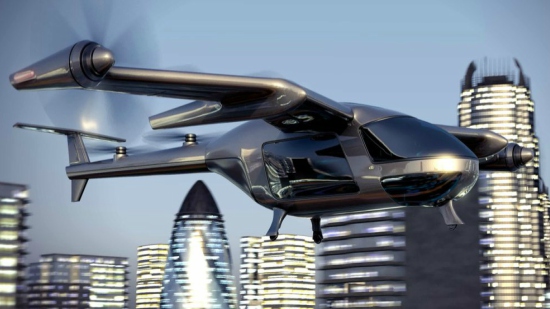 Innovations in autonomous vehicles just keep coming, and the aviation industry is taking to the skies too. We take a look at the current developments in the exciting arena of self-flying planes, as well as what to expect for the future of air travel.

Self-flying planes and the future of air travel

Innovations in autonomous vehicles just keep coming, and the aviation industry is taking to the skies too. We take a look at the current developments in the exciting arena of self-flying planes, as well as what to expect for the future of air travel.

Airbus and Boeing: The future of self-flying planes

In recent years, car manufacturers and other technological companies have invested heavily into autonomous driving innovations, with a particular focus on self-driving cars. Meanwhile, the aviation industry has been taking to the skies with their very own autonomous vehicles.

Fronted by Boeing and Airbus, the once-outlandish idea of pilotless planes and single pilot-operated airliners are fast becoming a reality.

In the beginning of 2019, the Boeing autonomous air taxi prototype completed its first flight, taking off vertically, hovering for a few seconds, and landing successfully. Although seemingly simple, the flight showed the efficacy of the vehicle’s autonomous functions and grounds control system and, impressively, took just one year to go from concept design to a flying prototype. The Boeing self-driving aircraft is designed for fully autonomous flight from take-off to landing with a range of up to 50 miles. Future flights of the aircraft will test forward, wing-borne flight, as well as gauging the transition etween vertical and forward-flight modes.

In the middle of June 2019, Airbus tested its own self-driving air taxi called Vahana – a single-seater, battery-powered prototype that can reach speeds of up to 99 miles per hour , and fly distances of up to 35 miles. Like the Boeing self-driving aircraft, Vahana takes off vertically, but its wings rotate after take-off, allowing it to fly like a plane. Unlike the Boeing autonomous aircraft, which is designed to fly a single passenger, Airbus aims to enter the air taxi market, potentially teaming up with Uber and German car manufacturing giant, Audi.

The future of air travel costs

Both companies’ innovations (and those of a few other autonomous plane developers) are a huge step towards the ultimate goal of pilotless aircraft, which, according to an analyst note published by UBS in 2017, could save airlines more than $38 billion over two decades, in turn lowering passenger fares too. The majority of savings would come from pilot salaries, which currently cost the aviation industry over $34 billion each year.

The main differences between self-flying planes developed by Airbus and Boeing, aviation’s biggest rival manufacturers, are their sizes and the distances and flight paths they could take.

If you’re wondering why self-flying planes aren’t the default means of air transport yet, there are a few good reasons.

For decades, two pilots have navigated the cockpit controls in most types of aircraft. Many airlines around the world have now made it mandatory that a minimum of two pilots must be in the cockpit at all times. This, combined with the fact that there are no certified single pilot or pilotless transport-category aircraft, means insurers will not be able to insure self-flying planes, making them too risky for airlines to commission.

In addition to this, studies in recent years have shown that most people are apprehensive about the rise of self-flying planes, and fear technological failure. But thanks to the public being more frequently exposed to autonomous innovations such as drones, sentiments have changed, with a recent CNBC report suggesting that 7 in 10 people would fly in a self-driving aircraft.

However, this 70% of participants weren’t willing to hop on the next pilotless plane coming their way – they said they would fly on one at some point in their lifetime, with only 58% saying they would consider it in the next 10 years. These survey results make it apparent that there will only be a true market for autonomous planes when the technology approaches maturity.

At the moment, there are too many concerns about autonomous vehicles of any kind, particularly aircraft, by the general public as well as regulators. An effective, fool-proof system to manage the increased airspace traffic that will be a result of airplane autonomy is also crucial.

How autonomous aircraft will help airlines

Discussing Boeing’s motive for investing in pilotless aircraft, Vice President of Product Development, Mike Sinnett, claims 41,000 commercial jet airplanes will take to the skies over the next 20 years, a record amount of aircraft which Boeing estimates will require 637,000 pilots. The rise of self-flying planes would reduce the need for pilots from as many as five per plane to just two or three. When it comes to freight charters, which are often more tricky in terms of navigation and flight control requirements, the number of pilots needed will go from three to just one. This not only saves airlines money, but also addresses the current shortage of qualified pilots throughout the world.

By removing pilots from the equation, fears over pilot error can also be quelled. Swiss banking giant UBS conducted a study that predicted self-flying planes could be more beneficial than manually controlled planes due to the threat of pilot error being removed. These kinds of issues have led to the creation and implementation of specialised software, which could be built upon easily and transferred to pilotless planes. Since pilots currently control the plane manually for only three to six minutes of an average flight, it’s not hard to see how their role could become redundant.

Air cargo could take off first

While the kinks are ironed out in self-flying planes, a new type of autonomous flight is being developed. In addition to prototypes being designed once again by aviation giants Airbus and Boeing, there are already some pilotless cargo plane prototypes in development by other companies, all of which aim to drastically lower the costs and risks associated with air cargo freight.

One of these alternative prototypes is being developed by Elroy Air. Effectively a drone, Elroy Air’s autonomous aircraft will be able to carry loads of up to 500lbs, and fly a distance of 300 miles each flight. Pretty impressive – and convenient, too – because the cargo drone will be able to take off and land in precarious, hard-to-reach places, needing a landing zone equal to just six car parking spots. This makes it ideal for not only transporting commercial goods, but assisting in humanitarian efforts and delivering relief goods to isolated locations.

The future of air travel

It’s predicted that there will be a six-fold increase in flights by 2050, meaning the aviation industry urgently needs a solution to the shortage of pilots and radical changes to aircraft designs. Even self-flying planes still require a limited pilot presence in the cockpit to track shifts in wind and weather, check fuel consumption and take control during turbulence – jobs that autopilot can do, but humans do better. And as auto-piloted aircrafts cannot take off, cruise and land fully unmanned, it seems pilots won’t be removed from planes altogether – at least not for the foreseeable future.

It may not be in a self-flying plane just yet, but flying by private jet is just as exciting – especially when there are so many different kinds of aircraft to choose from.

Ask ACS to organise you private jet charter ato travel in style and enjoy the luxury of private travel. Contact our team to book your next private air charter for a luxurious and bespoke journey.