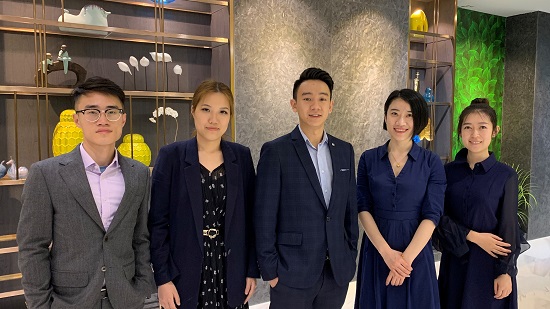 Speaking on the announcement, Stephen Fernandez, ACS’s APAC Regional Director, said: “Shanghai was a natural choice for our second office in mainland China. The city is the largest in the country, as well as the richest, and is a major business hub for many industries. It houses China’s main stock exchange and has the world’s largest port, so we believe that there is a large market for our passenger and cargo aircraft charter services here.

“We have been doing business with clients from Shanghai and the surrounding region for many years and are looking forward to building closer relationships with them, as well as welcoming new customers on board.”

The experienced Amos Chan will be heading up the operation. A graduate in Aviation and Aeronautics from RMIT University in Australia, Amos joined ACS five years ago, having previously worked for Hong Kong Air Cargo. Fernandez concluded: “I am confident that Amos is the right man for the job and I’m looking forward to the progression of the new office under his leadership.”

We are a global company with 24 worldwide offices, spanning all six major continents and we offer private jet, commercial airliner and cargo aircraft charters, as well as onboard courier solutions. We arrange almost 15,000 contracts annually with revenue of close to 700 million dollars. We were formed in 1990 by Chairman Chris Leach and CEO Justin Bowman in the basement of a house, and we now employ more than 500 staff worldwide.