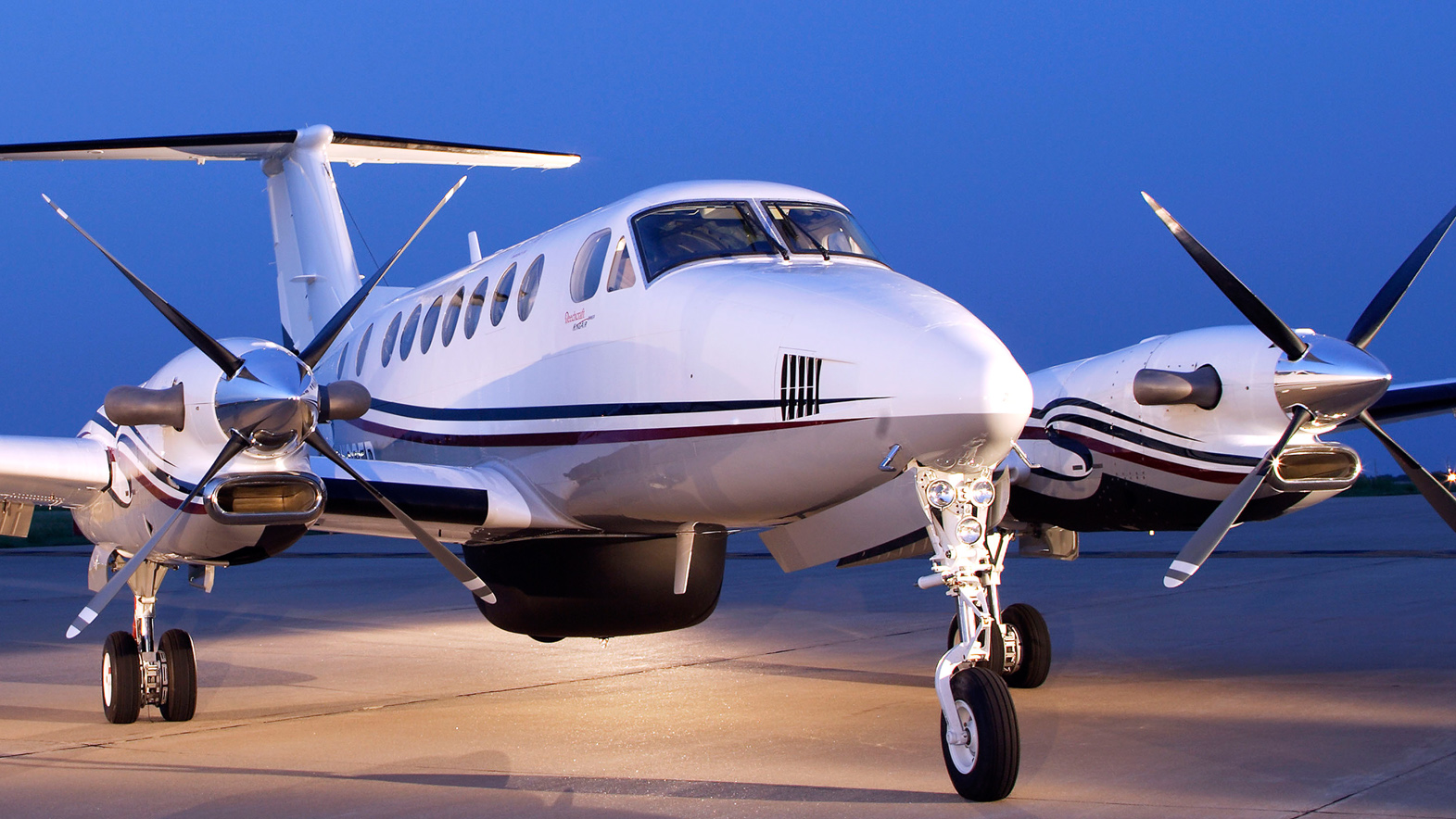 TThe King Air 350I is a twin-engined turboprop that is a larger version of the King Air 200. It has a further stretched fuselage, enabling a cabin for up to eight passengers in two-club configuration. Winglets were added to the wingtips to increase range and performance of the aircraft.

The aircraft can fly up to 14,00 nautical miles non-stop with eight passengers on-board. With a maximum range of 3,345 km and a maximum cruise speed of 578 km/h the aircraft offers optimal performance from a turboprop. The plane can take off from shorter runways with ease, without compromising payload, and has good payload capacity at 1,154 kg (2,545 lb).

The King Air 350I is perfect for business and features built-in hideaway executive work tables, electric outlets at every seat and LED reading and table lights. The plane benefits from a quieter interior, with built-in vibration absorbers that dull outside noise.

Following the success and popularity of the King Air 200, Beechcraft decided to build the King Air 300, which was released in 1984. Following on from this, the Super King Air 350 was launched in 1990. First sold in 2009, the King Air 350I has reduced noise levels and increased overall comfort. Variants include the King Air 350I, 350IER, 350IC and 350ICER, with the aircraft being marketed as competitive alternative to light jets.

The original Beech Aircraft Corporation was founded in 1932 by Walter and Olive Beech. The first Beechcraft produced was Model 17, known as the ‘Staggerwing’. Today, Beechcraft has its headquarters in Wichita, Kansas, United States, and employs over 5,400 employees. There have been approximately 54,000 aircraft built by Beechcraft since 1932, and there are more than 36,000 aircraft in operation today. In 2009, the corporation received certification for the new Beechcraft King Air 350I turboprop.

During World War II, Beechcraft produced more than 7,400 airplanes for the United States and Allied armed forces. Model 18 was produced from 1937 to November 1969 and during the war the aircraft was used extensively for military service.

The Beechcraft King Air 350I has unmatched fuel efficiency and a low operating cost per seat mile, making it a sustainable choice.

The onboard storage includes handy wing lockers that can hold up to two golf bags each.

The Pro Line 21™ Integrated Avionics System is fitted in all aircraft. This leading avionics suite is designed to increase aircraft capabilities and improve situational awareness during each phase of the flight, with crystal-clear LCD displays and state-of-the-art functionality.

At the date of publication, aircraft resale sites Controller.com, GlobalAir and AvBuyer had the Beechcraft King Air 350I listed for sale with prices starting at $4,195,000.00 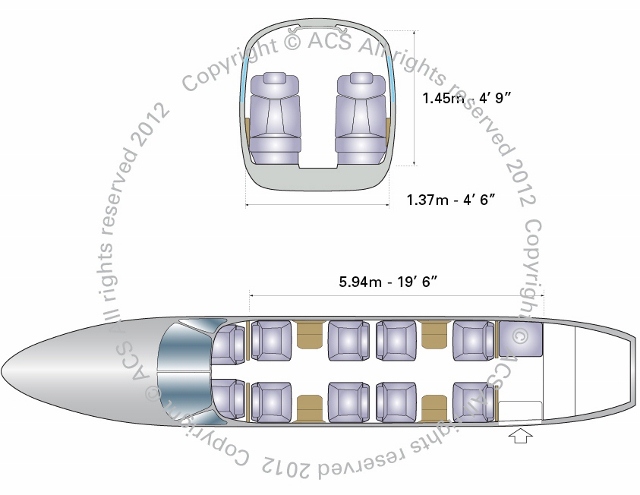