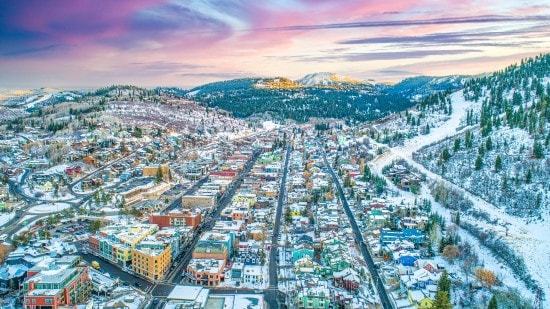 The Sundance Film Festival comes to Utah each January, bringing moguls and movie stars to scenic Park City - and we can arrange your private charter there.

The Sundance Film Festival comes to Utah each January, bringing moguls and movie stars to scenic Park City - and we can arrange your private charter there. Whether you’re searching for a private jet for business or for leisure, we’ll help you choose from a variety of popular private planes that suit your needs.

If you require a larger aircraft for a group charter, then we have extensive experience in arranging commercial-sized planes for a variety of bigger groups. Our dedicated Charter Concepts team can even personalise your charter, either before departure or whilst on board the aircraft.

About the Sundance Film Festival

In 1981, movie star and director Robert Redford founded The Sundance Institute, named after the character he played in 1969 American Western film Butch Cassidy and the Sundance Kid. Redford’s goal was to create opportunities for independent and up-and-coming filmmakers to reach a wider audience.

He partnered with John Earle, Cirina Hampton Catania and Sterling Van Wagenen, who had founded the U.S. Film Festival in Utah in 1978, and the festival was reborn as the Sundance Film Festival in 1991. Redford provided the name and offered the use of his own land in the Wasatch Mountains, also named Sundance, for parts of the festival.

Sundance is packed with screenings, panel discussions, musical performances and exhibitions. The climax is an awards ceremony celebrating the best films as selected by a jury of film industry grandees. The awards are known for introducing indie movies to a wider audience, with previous winners including comedy-dramas Me and Earl and the Dying Girl and Dear White People and Academy Award-nominated Beasts of the Southern Wild.

Tickets for the Sundance Film Festival

The most comprehensive ticket for Sundance is the Express Pass, available only to Sundance Circle members (join by making a donation to the institute here). It’s also possible to buy tickets for one venue only, such as the Eccles Theatre or Grand Theatre.

If you’re planning on jetting off to Park City for the Sundance Film Festival, why not arrive in style? Allow Air Charter Service to organize your private jet charter to Heber City Municipal Airport, just 30 minutes from Park City.

To reach the Sundance Film Festival in comfort and style, why not charter a private jet? In the comfort of your own aircraft you can use the journey to work, relax or socialize. Contact us for more information, or to discuss private jet prices.

View our other packages